Save The Deep - here are the facts

Lib Dem councillors are campaigning to save The Deep in light of Council proposals to demolish the attraction's business centre. Read the details and get the real facts on the issue.

Lib Dems are calling on Hull City Council’s Labour bosses to re-think their plans to demolish the business centre at The Deep – after The Deep itself warned that proposals are putting the attraction’s future at risk. Expert organisations have also warned about the impact the Council's plans will have.

Don't just take our word for it

Before Christmas The Deep went public on the impact the Council’s current plans will have – stating that they create:

"a number of threats that potentially jeopardise the future of The Deep as an iconic visitor attraction for the city and an education, research and animal conservation centre of international repute."

You can read The Deep's position statement in full below or on their website: https://www.thedeep.co.uk/plan-your-visit/latest-news 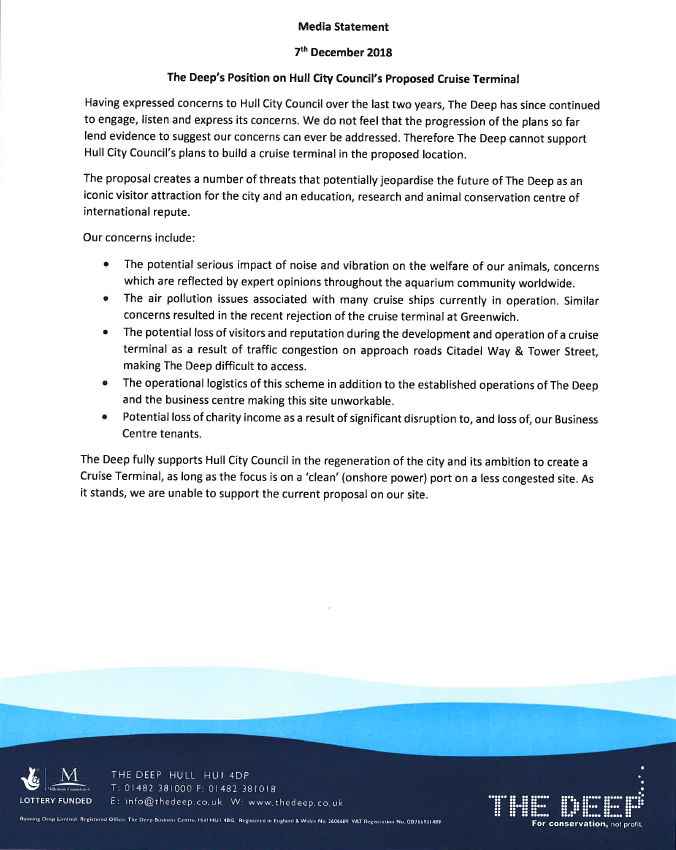 What the experts have said

The World Association of Zoos and Aquariums's Chief Executive wrote to the Council to say:

"I am writing to express deep concerns regarding the proposed construction of a cruise terminal that would threaten the daily operations of our member institution, The Deep."

He warned that the Council's project could

"easily undermine The Deep and threaten the welfare of the 4,000 animals - some critically endangered - that reside there." 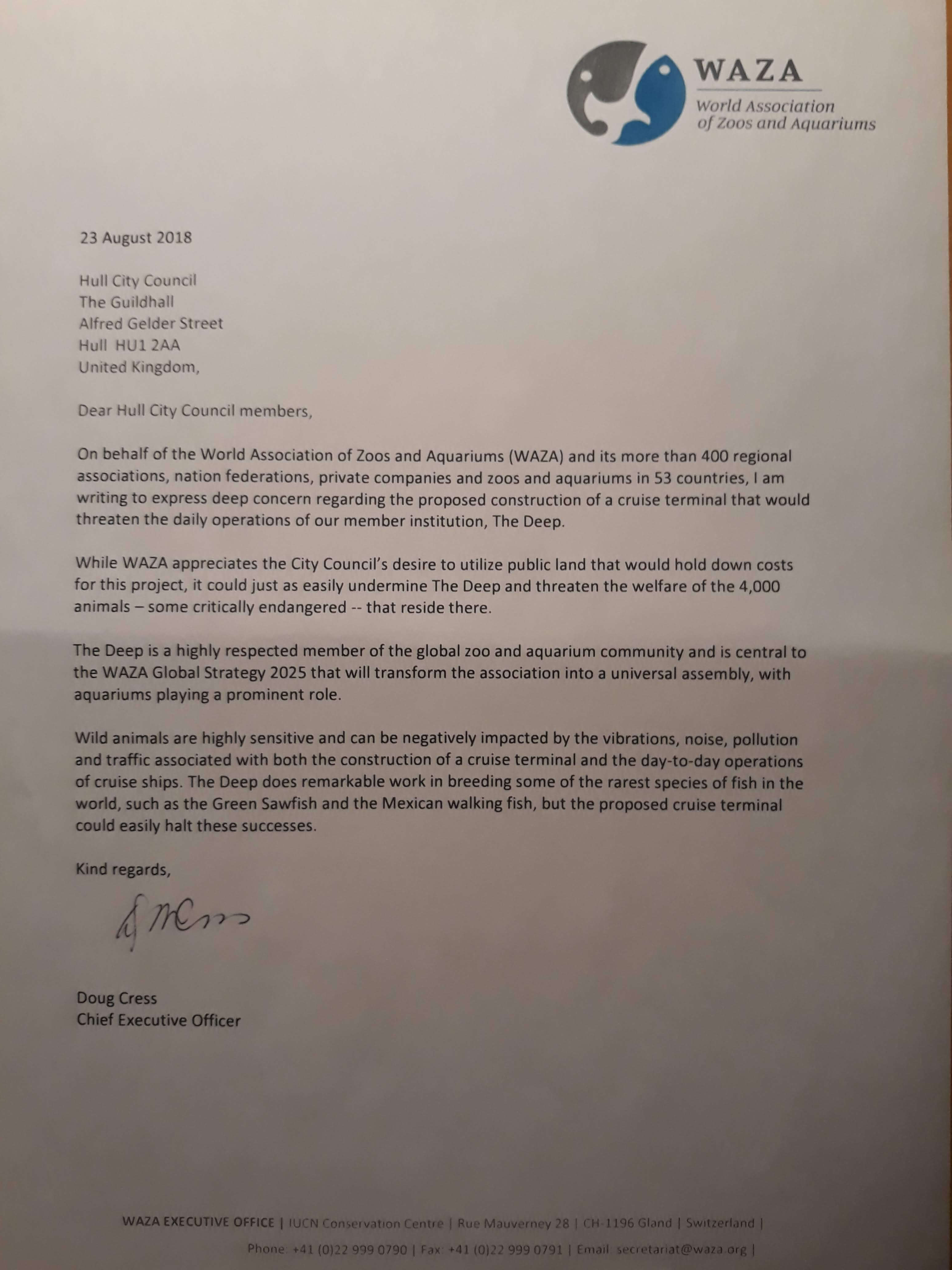 Professor David Field of the Zoological Society of East Anglia wrote that the Council's plans would have:

"a significant impact on the welfare of the animals, the visitor experience and ultimately the viability and mission of The Deep." 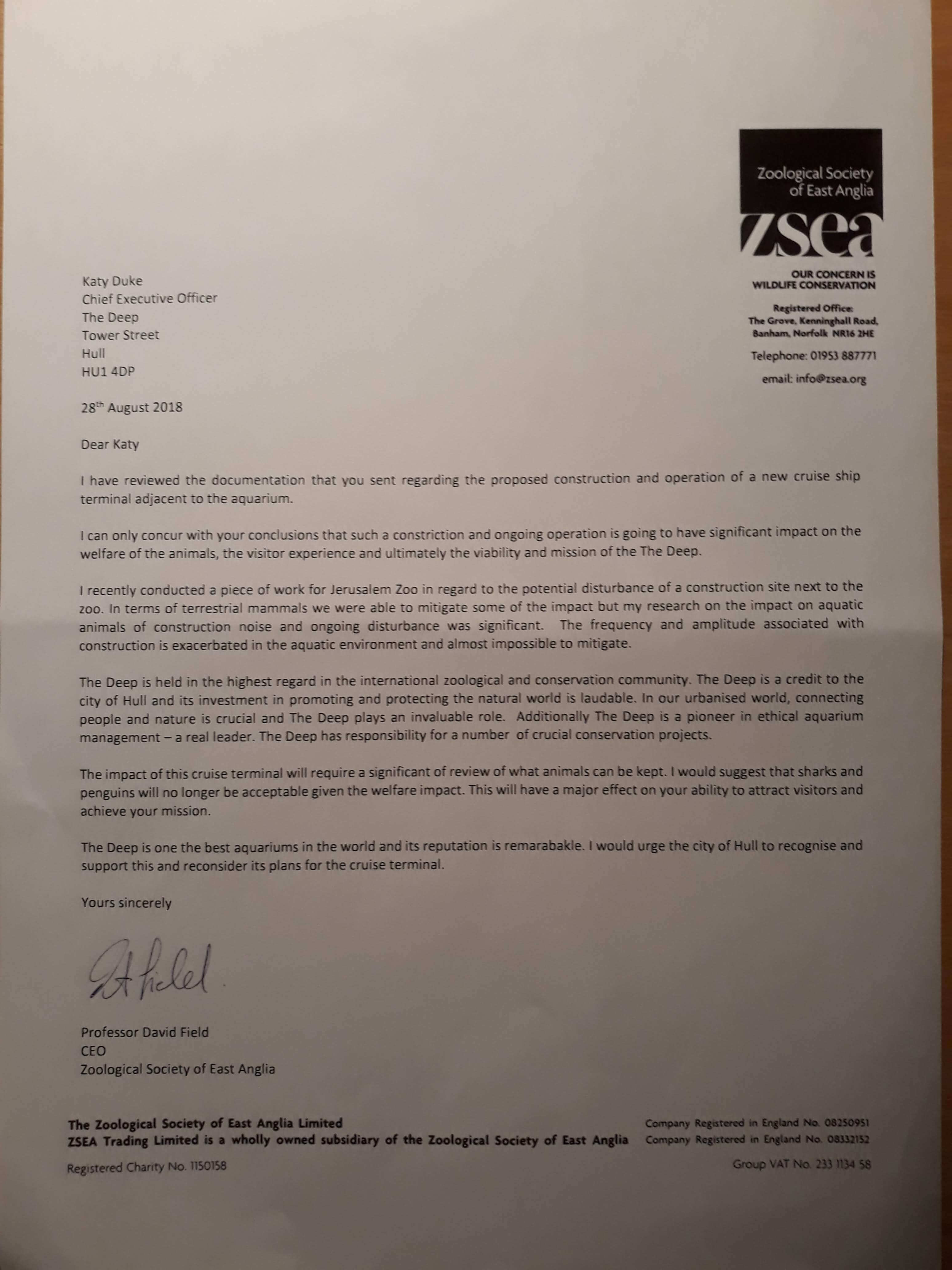 The British and Irish Association of Zoos and Aquariums wrote to register "strong and persistent concerns", warning that:

"The potential impact of [the plans] on the infrastructure of the building and the actual impact on the welfare of the animals under human care in The Deep are very likely to have severe and lasting consequences on the activities of The Deep." 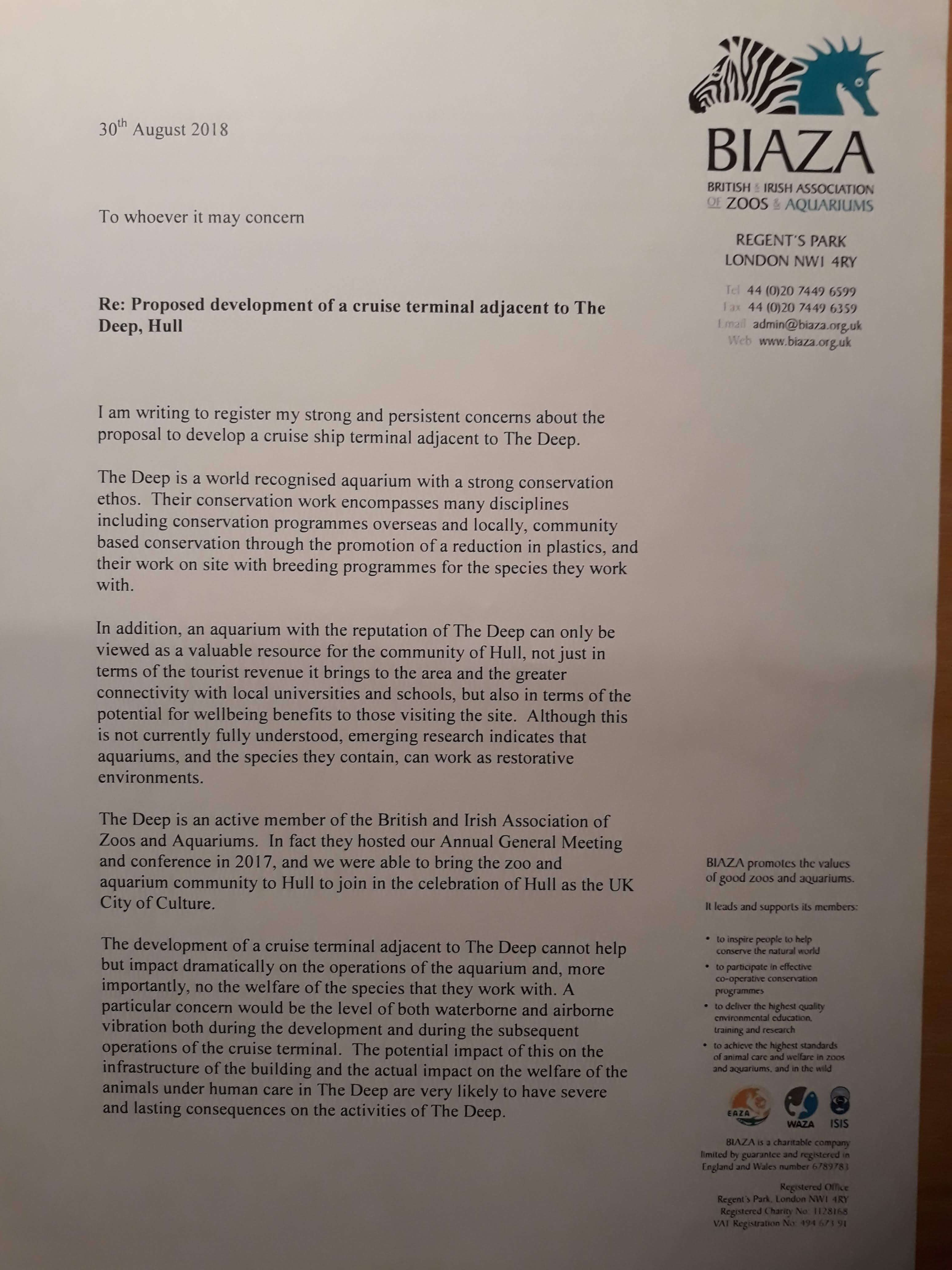 Remember to show your support for The Deep by signing the petition at: www.libdemsinhullandhessle.org.uk/savethedeep