Claire Thomas and Abigail Bell were really pleased to be able to attend the official opening of Dragon Park and Butterfly Park- the two parks on the former Tilbury and Bethune school sites.

Although they have opened rather later than we would have wanted, it's great to see them open for everyone to use at last. 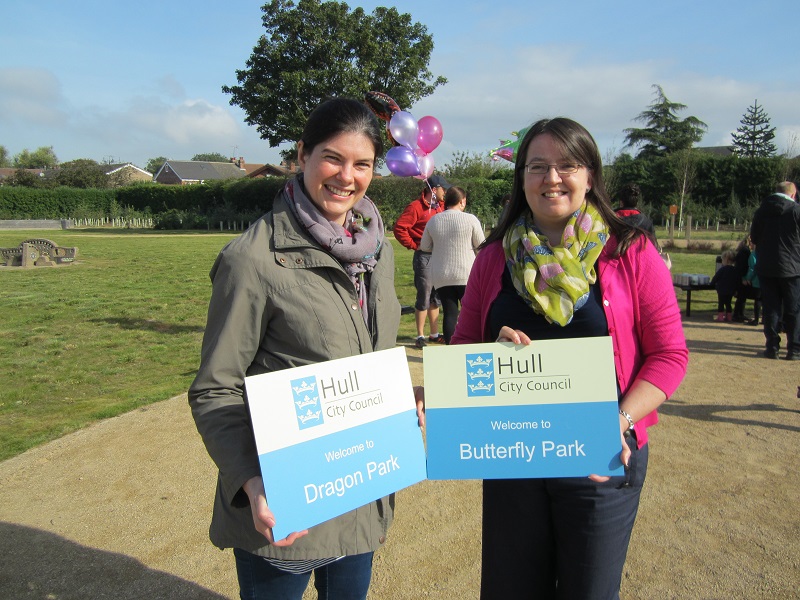 A competition was held with local school children for the new names, and we're sure you will agree that we have some really good new names. Well done to everyone who took part in the competition.

At the event, we discovered that Dragon Park (on the former Tilbury site) is often not opened until 10am which means children are not able to walk through on their way to school. With the help of a local resident, we have now been able to resolve that issue too, so that the park should be opened first thing in the morning.

We hope that everyone in the local area enjoys using Dragon and Butterfly Parks.