Today, Lib Dems presented our petition to keep a Police presence in Hessle at a meeting at East Riding Council.

We would like to thank all those who signed the petition and have contacted us about this issue over the last few months. It is clear that there is overwhelming support for a Police presence in Hessle. 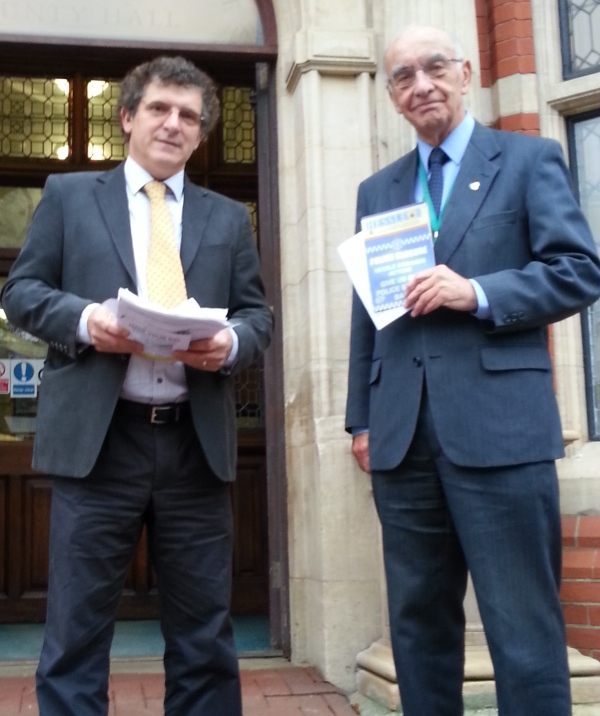 Hessle has had a Police Station for over 100 years, but this ended with the recent sale of Peeler House. We are committed to fighting for a continued Police presence in Hessle. Our aim is to convince the East Riding Council to reverse their decision to back out of the agreement that would have allowed the Police to use part of the new Library building.

Cllr David Nolan said:
"Locally there is clear anger and dismay at the Council's closure and selling off of the Towns Police Station. East Riding Council claims to be proud of its partnership with the Police but in this example it has shown an unwillingness to go the extra mile.”

“We are calling on the Council to ‘walk the talk’ on Policing partnerships and to offer the Police the accommodation they require. Hessle Centre belongs to the people of Hessle and they are saying loudly and clearly that they want a Police base in the Town."

Claire Thomas, Prospective Lib Dem MP for Hessle said, "I recently met with Matthew Grove, the Police and Crime Commissioner, to ask him to keep his promise to maintain a Police Presence in every town. It is clear that there is huge public support for the Police to continue to have a base in Hessle. The Council and Police need to work together to find a solution to this as soon as possible."