The Liberal Democrats have condemned the Chancellor for failing to introduce a comprehensive plan to save jobs after it was revealed that 16,440 of people in Hull are currently on Universal Credit.

Liberal Democrat Treasury Spokesperson Christine Jardine criticised Rishi Sunak's "constant chop-and-change approach", urging him to put in place a proper plan to protect jobs as the Government still struggles to get a grip over rising cases of coronavirus.

Local Lib Dems have raised concerns about how prepared the ports in Hull are for Brexit customs and border changes. Linda Chambers, who is on the Hull and Goole Port Health Authority spoke out after receiving a briefing on the preparations.

She has raised concerns whether the staffing will be in place and sufficiently trained in time for Brexit at the start of the New Year.

Lib Dem Councillor Linda Tock has hit out after the government acted quickly in London where they were slow to respond in Hull. This follows news that Secondary schools in London, Kent and Essex were going to be mass tested for Covid19, but not Hull.

Hull was top of the news headlines for weeks with the highest Covid19 infection rates and yet has been left out of these latest Government plans. The infection rates in Hull are still very high and in recent weeks have seen well over half of schools in the city having cases of Covid19.

The Liberal Democrats in Hull have stepped into action again in a bid to protect Hull's cultural offer, following the news that Hull Box Office has gone into liquidation.

The Lib Dems have launched a campaign to protect the legacy of Hull as the City of Culture after it has been put at risk by the pandemic.

Tier 3 response: Government must make sure Hull does not collapse under tier 3

Responding to the news that Hull will be entering Tier 3 after lockdown, the Hull Liberal Democrats have hit out of the Government over the lack of support expected for the city.

The Liberal Democrats want to see more financial support for the city, to make sure the local economy and vital services can survive the latest phase of Covid19 restrictions.

The Opposition council group have also called for a collective effort to bring down the rates the city has seen in recent weeks.

Following the spending review of the Conservative Government, the Lib Dems in Hull have called on the Government not to forget cities in the North like Hull.

The Hull Liberal Democrats led by Councillor Mike Ross, have expressed their disappointment at the spending review calling for more support for the most vulnerable in society.

Hull Lib Dem councillors won the unanimous support of Hull City Council for its call for the Council to pursue a review of how the Council tackles discrimination.

The motion moved by Liberal Democrat Councillor Holly Burton called for a 'new approach' to create an 'effective discrimination policy.' The motion also called for a 'zero tolerance approach to racism, homophobia and other forms of discrimination as well as specific training sessions on equality and diversity.'

The majority opposition group on Hull City Council want to see the council lead on this issue in the city and set an example to other organisations in the area.

Hull Lib Dems call for extension of Furlough until June

The Hull Liberal Democrats have today (18/11/20) called for the Government to extend the Furlough job retention scheme until June.

All Councillors, except two Conservative Councillors, backed the call from Lib Dem Councillor Mark Ieronimo. It was agreed that the Council would write to the Chancellor calling for an extension to the Furlough scheme.

The Liberal Democrats believe businesses need more time to plan and the extension until June would allow for that. This call would be to extend furlough to last until June, in order to protect Hull's economy and lead the way in providing financial support to residents.

Following calls from the Hull Lib Dems, Hull City Council today backed the establishment of a local Test & Trace system for the city.

Local Test & Trace systems have been rolled out in other local authority areas.  It would see the council take on the task of tracking down those residents of the city who the national system were unable to contact within 24 hours.

Responding to the news that as of today (11/11/20) Hull has the highest Coronavirus infection rate in the country, Leader of Hull City Council's Lib Dem Group Cllr Mike Ross said:

"This is the news we have all feared recently. This virus moves and spreads like no other and has left all of us in the city with a big battle ahead." 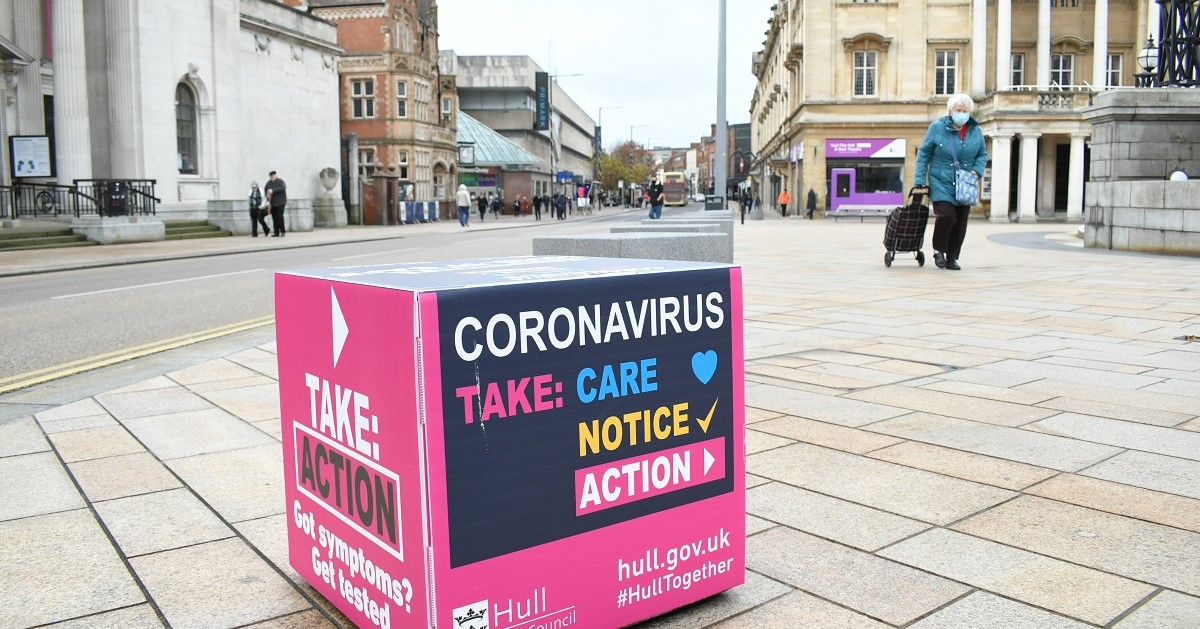